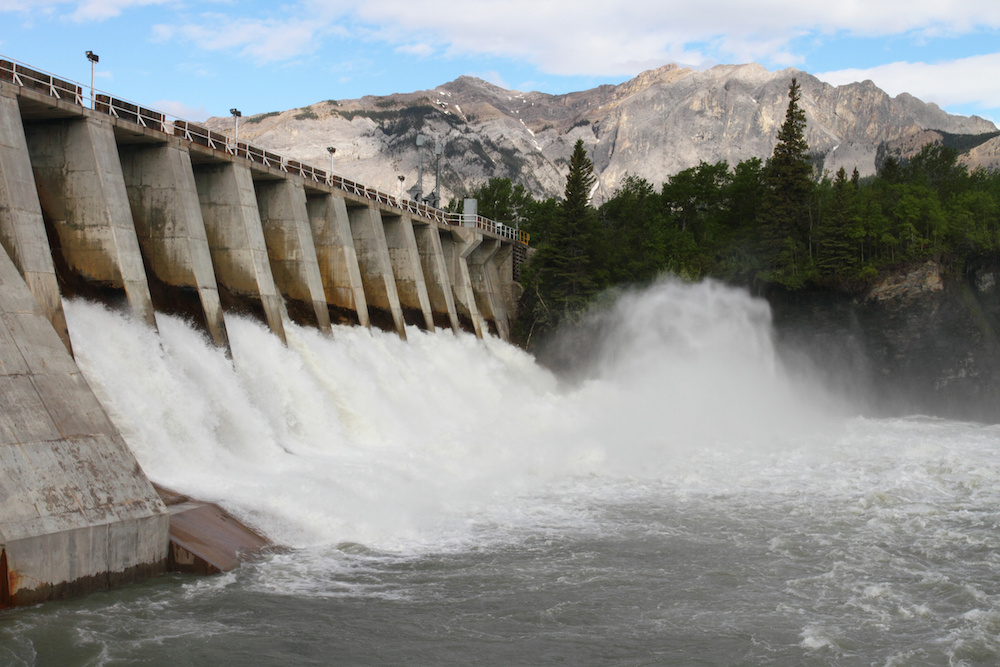 I once heard the hydroelectric sector described as oatmeal, a good and hearty source of energy, just not very interesting. In Canada, it turns out we like oatmeal; we eat a lot of it, but for a small group, it causes indigestion. This small but varied group takes issue primarily with the infrastructure needed to generate this energy, and have become very adept at making life difficult for those wanting to build new dams and transmission lines.

Given the opportunities for the sector both domestically and south of the border, perhaps hydro is more interesting than it first appears.

Canada is a hydroelectric superpower, the third-largest generator in the world after China and Brazil. Domestically, hydro power accounts more than 60 per cent of Canada’s total electricity generation. Newfoundland and Labrador, Manitoba, British Columbia, Quebec, and the Yukon rely on hydroelectricity for more than 90 per cent of their power supply.

Provincial governments have historically tended to ensure that enough electricity generation capacity was developed within their boundaries to meet their needs. As a result, a patchwork of systems has developed and a limited amount of electricity has been traded between neighbouring provinces and little transmission infrastructure between provinces exists. More connections exist with the United States, and electricity exports south of the border totalled $2.4 billion in 2013. There are also distinct opportunities for growth as new hydro generation capacity comes on line and regulations to tackle climate change start to bite south of the border.

U.S. President Barack Obama unveiled a revised Clean Power Plan in August 2015, which sets out required emissions cuts for the power sector and encourages development of renewable power sources. America’s aging generation plants are responsible for roughly one third of the country’s carbon emissions, and the aim is to reduce overall carbon dioxide emissions by 32 per cent by 2030 from 2005 levels by targeting this sector. Alberta, too, is looking at a shift away from its aging coal-fired power stations, so there are also domestic opportunities.

For Canada, another 163,000 megawatts (MW) of hydroelectric potential are available and could be put to good use by hungry customers to the south of us. In 2009, Hydro-Québec’s net exports accounted for only 10 per cent of its total sales, but 22 per cent of net profits. With more big hydroelectric dam and electricity transmission projects at various stages of development, Canada is well placed.

But these projects are not universally welcomed. They have a habit of causing some very uncomfortable moments for the politicians that champion them. One of the reasons given for Jenny Dunderdale’s resignation as premier of Newfoundland and Labrador was her stance around the massive hydro project at Muskrat Falls. Premier Greg Selinger of Manitoba has also faced severe pressure as a consequence of his support for the Keeyask Hydroelectric Project and the transmission line that will connect it to the grid. CEOs of utility companies, too, have often had to fall on the sword in the face of criticism around major hydro projects.

BC Hydro’s Site C project is the largest infrastructure project in Canada. It will be a third dam and hydroelectric generating station on the Peace River in northeast British Columbia. It will provide 1,100 MW of capacity and produce about 5,100 gigawatt-hours of electricity each year. While on paper it seems like a win-win for all involved, issues have surfaced regarding land use and Aboriginal title, local wildlife, and the transmission infrastructure required for its operation.

British Columbia’s First Nations and environmentalists have launched a series of court challenges in an attempt to halt the construction of the $8.8-billion dam, as they feel their concerns were neither heard nor addressed on the environmental impact of the project. Landowners, land users, and other local residents have been exploring legal options and exerting political pressure locally. Economists and scientists have lined up to express their concerns around the business case for the project and the development’s potential impact on local wildlife. A similar pattern has played out at other major dam projects in Newfoundland and Labrador, Manitoba, and Quebec. Everything from the discovery of prehistoric horse bones to the fall in natural gas prices has been used as arguments to stall progress.

As with any major infrastructure project, the communities directly impacted tend to be the most vocal opponents. Here there are similarities with the challenges faced by the oil industry in developing pipeline infrastructure. By targeting the transmission lines that link these projects to the grid, opponents of these projects are able to massively expand the potential catchment area for people who could be brought in to object to the project. It also increases the number of impacted politicians, who might be persuaded to oppose the projects.

As with other major infrastructure projects, there are a few key steps to help make the case for such investments and to grow sufficient public support or acceptance to get them built:

The business case needs to be watertight. Any sign of doubt here can quickly undermine a project and act like a magnet for opposition politicians and taxpayer organizations.

Much of the opposition is based around environmental concerns. Investing in thorough wildlife, hydrological, and environmental analysis, and developing a plan to address any legitimate concerns demonstrates project leaders can be trusted. Go above and beyond here, and the investment will pay itself back multiple times over the life of the project.

What is the aspirational goal of the project? Site C will be a major source of energy needed to power the string of planned LNG plants on the West Coast and provide an economic legacy for years to come. Muskrat Falls will make Newfoundland and Labrador energy self-sufficient and end blackouts that have plagued the province in recent years. Manitoba and Quebec’s projects will provide a long-lasting source of export revenue that once in place could last for generations. The tax revenue from these projects will also go toward funding education and medical care. But how many nurses? How many teachers? These aspirational goals can help get broader support.

There has to be a proper ongoing dialogue with all the people impacted before, during, and after construction. There are legal requirements for project approval and contractual obligations around engagement, but a more strategic approach to engagement will help reduce delays, costs, and significantly reduce project risk. Too often, stakeholder engagement around major projects is treated as an exercise in box ticking, a one-way street where information is shared only as much as required under the regulations or the terms of the contract. This is a missed opportunity.

As hydro projects get bigger and reach into new markets through big new transmission lines, the potential for opposition should not be underestimated. Canadians think of hydro power with a fond indifference, but as opponents have got more sophisticated, they have managed to sow seeds of doubt beyond their normal catchment areas. Hydro power in Canada has a long and distinguished 130-year history of service behind it, and with a long pipeline of major projects and the right approach to future projects, it will have a bright future.